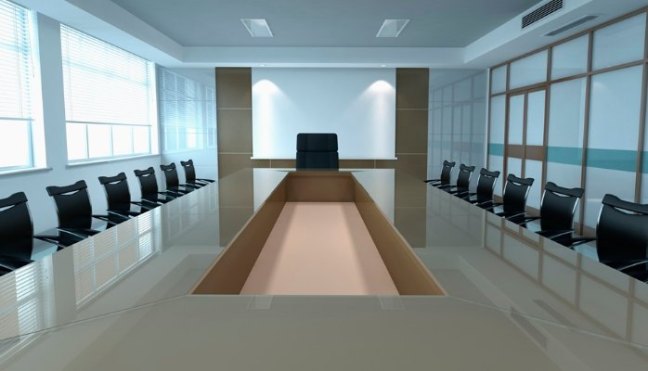 The large, oak doors to the conference room burst open, and the department heads started trickling in one by one. They met only once every fifty years, but for a company that had been around as long as this one, fifty years is the blink of an eye. Virtually no normal person loves a meeting, but on this morning there was a general sense of anticipation and optimism in the room. There was no question that the last fifty years had been an unparalleled success. Yes, there were doubters at first – some quite loud in their objections – but even the skeptics had to grudgingly admit that the new strategy was working. Much of the success was a tribute to the vision and the boldness of the new, young CEO.

There was a lot of murmuring about the new CEO when he rose to power in their last meeting. The son of two powerful leaders in the organization, there were whispers of nepotism. He was not ready. He was too young, too proud. His proposals were too bold. His strategy of upsetting long-standing systems and structures with new and novel strategies concerned many of the traditionalists in the room. But the last fifty years had been his vindication. This meeting would be his victory lap.

He came walking into the room after everyone found their seat. He was not an imposing physical presence like his father who had preceded him in the position. He was lean and athletic with the stunning good looks of his mother. He was effortlessly fashionable from his haircut to his shoes. While he was not imposing, he was undeniably magnetic. People were drawn to him and somehow felt an unquenchable need to please him or impress him.  He was the youngest person in the room, but he carried himself with a confident bravado reserved either for a fool or a prophet. A fool only understands what is standing still. He only concerns himself with the unmoving present and is convinced that’s the only thing worth knowing. A prophet however understands movement – how the past moves to the present which inevitably takes us into the future. A fool is caught in the moment. A prophet has captured the movement. It was easy at first to dismiss his foolish confidence at first, but the last 50 years had helped to cement the case that the CEO was a lot of things, but a fool was not one of them.

He took a magazine from a folder laying on the table in front of him, he tossed it to the middle of the table. Dated April 8, 1966, it was an issue of Time Magazine. The cover was all black with three, large words written in blood red – Is God Dead? The room was silent at first, and eventually smiles and laughter broke across every face.

“Ladies and gentlemen,” he began. “Clearly, there is more than one way to ruin a civilization.”

“For the last fifty years, we have been exercising a strategy to gradually turn them inward upon themselves. Every man, every woman, every child living with one singular purpose expressed in millions of divergent ways. Desire! Lust! Concupiscence!” A few smirked at his ironic use of the old religious word. “How long can a civilization stand when every individual has been conditioned to pursue his own desires no matter the cost? With remarkable success, we’ve turned every one of them into a pathetic version of Psyche.” He cast a knowing glance at his mother sitting to his left. Some awkward glances were exchanged around the room. “Their sacrifice, work, and ambition is for no “greater good” than the filling of their own insatiable appetites and desires.”

“Some were critical. They said that my new strategy is actually quite old – as old as the world. And my critics were correct. The striving for dominance and satisfaction punctuates all existence. It is a veritable law of nature. The arc of history has always bent towards one thing – that one thing is pure, unadulterated, unquenchable desire. This is man’s oldest and most enduring religion. But what they needed was revival! And friends, the last fifty years there has been revival in the land thanks to your hard work and sacrifice.” Laughter and applause.

He walked over to the window looking out at the great city. “It’s funny. From up here, they have the appearance of strength, of peace, of freedom, and of prosperity, but they cannot see that their civilization is crumbling under the weight of the dogged pursuit of their personal happiness. It is only natural to wonder if God is dead when you see the face of a god every time you look in a mirror. And there is nothing more beneficial to our purposes than to have a people each one convinced that he or she is a god. God didn’t die. He multiplied millions of times over. And these gods are Jealous gods.” A satisfied grin broke across his face.

“But enough from me. I’m looking forward to hearing your reports.” Eros takes a seat.