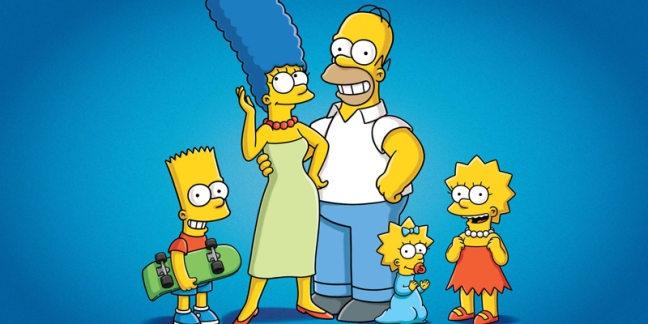 On the most recent episode of the Every Thought Captive Podcast, we discussed some of the most annoying types of people that exist on social media. I’ve had years of discipline and practice reflecting on annoying people on social media – mostly by reading my own tweets. You should listen to the whole episode, but tragically for the listening audience, I only had a chance to list two of the people on my “most annoying” list. Anticipating the demand from the public for my complete list, I offer it here.

Because The Simpsons is often a reflection of things in real life, I’ve used Simpsons characters to illustrate these annoying types. If you at all sense that I might be talking about you in this list, just relax. I probably am. But that’s okay because there is not a single one of us who isn’t insufferable on social media at times.

Here they are in no particular order:

The Nelson Muntz: He is the Simpsons’ arch-bully, known for his mocking laugh and penchant for harassing pretty much anyone who has the displeasure of getting in his way. He is sometimes a sympathetic character especially when you learn that his posture as a public nuisance is likely motivated by a simply awful home-life. Nelson is the internet troll, the bully, the mocker. He usually hides behind anonymity and has very few followers or original tweets. He spends most of his time spewing his insecurities in other people’s mentions. It’s likely that he (and it’s usually a “he”) is really a broken person with a broken life trying to make everyone feel an ounce of the same misery that he lives with every day.

The Ned Flanders: The Simpsons is one of the only shows on television with a consistent evangelical character. He is usually a caricature of evangelicalism’s most embarrassing flaws, but he is also portrayed as a consistently good dad and exceptional neighbor to anyone in need. The Simpsons doesn’t merely mock the token evangelical. The show also seems to genuinely respect him. But he is annoying. So wholesome. So principled. So perfect all the time. It’s exhausting. The Ned Flanders of social media is the person who is never not wholesome and perfect. He’ll post reflections on his morning devotions as well as pictures of his children serving at the local homeless shelter. Okay. We get it, guy. You’re terrific. But is anyone really that terrific all the time?

The Moe Szyslak: Moe is the town bartender. He is an ugly, frustrated, and awkward man. Compassion is hard for a guy like Moe. Anger is much easier. His fits of anger are legendary on the Simpsons. He’s quick to pull his shotgun from behind the bar and shove it in the face of anyone who has gotten on his foul side. The Moe has a lot in common with the Nelson. Moe is the person on social media (usually Twitter) who is just angry all the time. He’s the opposite of Ned Flanders. There is always something that he’s mad about, politics, religion, sports. There’s nothing he won’t yell about.

The Comic Book Guy: The CBG is a lesser character in the Simpsons universe, but memorable. We don’t know his name because we don’t need to. His obsession with comic books and all things “nerd” is all we really need to know about him. His obsession shapes his identity, and he simply cannot tolerate ignorance or a lack of respect for his obsession. The CBG is the “well actually” guy on social media. He’s the guy who knows more than anyone else in the room and needs the room to recognize this fact. He’s basically Neil deGrasse Tyson. He’s also the guy that typically only tweets or posts about one thing, and everything else in life must be understood through the lens of this one obsession.

The Homer Simpson: Homer is really the main protagonist of the Simpsons. Simpsons fans label various episodes according to their main protagonist. There are “Marge episodes” or “Bart episodes” or the occasional “Apu episodes.” The worst are the “Lisa episodes,” but the best are always the “Homer episodes.” The thing that gets Homer into the most trouble is his lack of impulse control. Homer doesn’t think. He just acts. The Homer Simpson on social media is the person who has a comment on everything. He has very little actual knowledge, and he definitely hasn’t read the article, but he’s got an opinion that has to be shared. It is this lack of impulse control that inevitably gets us into trouble in social media. True Homer Simpsons have little conscience about this. They just move on to the next disaster. Don’t feel bad. We’ve all been Homer more times than we’d like to admit.

The Abe Simpson: (Available only on Facebook.) Abe is Homer’s dad. He’s grandpa Simpson. He’s the character that’s always good for a long, meandering story that is only marginally connected to anything happening in the real world. Abe is often mistreated or neglected in the Simpsons to be honest. It’s gotta be rough to rely on someone like Homer to take care of you in your old age. Abe Simpson on social media is the “back in my day” guy. He’s the curmudgeon. Full disclosure: I kind of like Abe Simpson more every day.

The Maggie Simpson: Sweet Maggie. What’s not to like about her? She’s a baby, after all. What kind of monster doesn’t like a baby? I’ll tell you what I don’t like about Maggie. She’s too quiet. She’s disturbingly quiet. Why doesn’t she talk? What does she know? Unfortunately, it must remain a mystery because Maggie maintains her silence. It is only the sucking of her pacifier that reminds you she’s even there. Who is the Maggie Simpson of social media? This is the person who maintains accounts on three different platforms but never posts a single thing. They’re there, lurking, watching. But they never speak. Why? What are they hiding?

The Lisa Simpson: Lisa is the most annoying character on the Simpsons, and she is also the most annoying person on social media. Lisa is the idealist. She’s the do-gooder, the conscience of the family. How could that possible make her annoying? Well, she’s a scold. Her idealism is uncompromising and hectoring. There is no contemporary concern which Lisa hasn’t immediately immersed herself into and broadcast loudly to her friends and family. Her passion and idealism are laudable, but there’s also something about her that’s just kind of repulsive. She’s the “nice” and socially acceptable version of Nelson. Lisa Simpsons on social media love to virtue signal. They are the first to adopt the new hashtag. They are the first to lecture everyone else about the changes they need to make to their lives immediately (because she just read an article about it and definitely is planning on changing her life as well). Lisa Simpsons are internet scolds. At times, they may be right, but they are also super annoying.